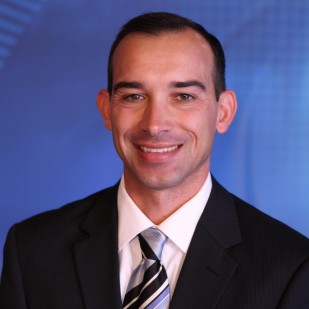 Kory Kuffler is excited to be a member of the WQAD Sports Team. He has been working in broadcasting since 1997. His first job was in St. Louis, at a cable station where he covered a variety of sports from the high school to professional level. Kory moved back to the Quad Cities in 2000 where he continued his sports career at KWQC for ten years.

Kory grew up in Moline, Illinois and graduated from Moline High School. He attended Southern Illinois Edwardsville where he earned a Bachelor of Science, with a focus in broadcast communications.

Kory is married to his wonderful wife Lisa and they have three children.

In his spare time Kory enjoys spending as much time as possible with his family. You may also find him playing softball, golf or some other sport like Tae Kwon Do where he has earned a black belt. Kory is also very involved with his church and knows that everything that he has accomplished in life is only because God has provided for him and his family.