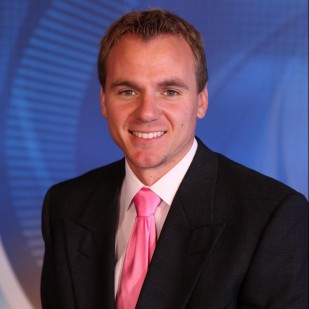 I joined the WQAD News Team on March 5, 2012. I was very excited to start my career here, and in August of 2015, I became the new morning co-anchor of Good Morning Quad Cities.

I’m also the third generation of reporters in my family to work at this station! My grandfather, Jim King, helped WQAD sign on the air back in 1963. He worked at the station until his death in January of 1999. My father, Kris Ketz, also began his broadcasting career here back in 1981. He reported at WQAD before moving to Kansas City in the early 1980s. My dad is now an anchor at KMBC-TV, the ABC affiliate in Kansas City, Mo.

The person who gets left out in all this is my mother, Jan Lewis. She was a producer at WQAD back in the late 1970’s. In fact, my grandfather actually hired my mother to work at the station! My mother is now out of the broadcast business and she works in the North Kansas City School District.

I received my undergraduate degree from the University of Missouri in Columbia, Mo. I was a reporter at KOMU-TV, the area’s NBC affiliate before coming here.

Needless to say, I jumped at the opportunity to work at WQAD. My grandmother, Gloria, still lives in Moline. I remember coming to the Quad Cities as a kid during the summer for the John Deere Classic and River Bandits games at the ‘old JOD.’

I married my beautiful wife Beth in September of 2017! We enjoy eating at her parents’ house in Davenport on the weekends. Have a story idea? Send me an email at jonathan.ketz@wqad.com.