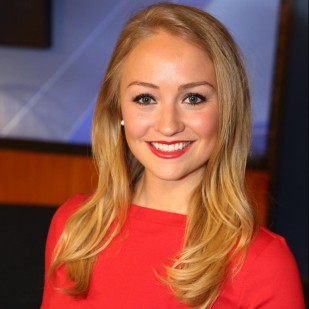 Jindrich joined WQAD News 8 in 2015. Previously, she was a videography assistant for Cyclones.tv, covering Iowa State athletics. Before Cyclones.tv, Jindrich was a sports intern at ABC 5 WOI where she covered summer athletic events in Des Moines, Iowa and surrounding areas.

Education
Jindrich attended Iowa State University, where she graduated with a double major in Journalism and Mass Communications and Business Marketing. Throughout her time at ISU, Jindrich worked in the football office as a recruiting assistant. In her role with the team, she hosted on-camera video tours of the campus to be shown to ISU recruits across the country.

Family
Jindrich’s brother is a grunt in the United States Marine Corps. Her sister has a career in logistics and lives in Florence, Alabama.

Passions
Jindrich is passionate about supporting the US Military, meeting people and listening to the stories they have to tell, and sharing their messages. When Jindrich isn’t covering local news, she enjoys all things Ina Garten, interior design, DIY projects, staying fit and following chic Instagram accounts.