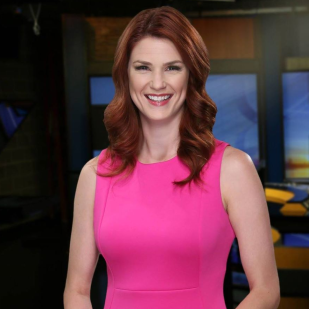 Denise has been anchoring and reporting since her first days on the air at Western Illinois University. She graduated with a degree in broadcasting and a minor in economics. Denise was named Alumni of the Year in the WIU Broadcasting department in 2006, and now serves on the Alumni Council for the university.

For her first job, Denise headed west to Sioux City, Iowa, where she spent two years as a reporter and anchor for KMEG 14. She got the chance to interview nearly every presidential candidate in the 2008 race.

Denise’s job then took her to Wichita, Kansas where she anchored the weekend newscasts at KWCH 12. Her reporting about the discovery of 96 neglected pit bulls in Kay County, Oklahoma earned her an Emmy nomination.

Denise lives with her husband and two sons in Davenport. She’s the host of a parenting podcast called On A Mother Level – Check it out on Apple Podcasts or WQAD.com