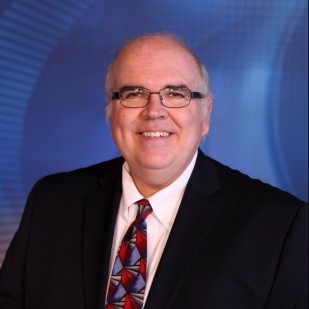 John David is a reporter with News 8 logging more than a quarter-century of covering television news on a daily basis in the Quad Cities. He spent most of that time at WQAD, where he began as a reporter and weather anchor in 1989.

During the past decade, John is perhaps best known for reporting on the rise and fall of American manufacturing and its toll on the workforce.

His documentary, “Where Did The Jobs Go?”, chronicled the aftermath of Maytag’s plant closing in Galesburg, Illinois. Shot on location in Mexico and the United States, it received the 2006 Regional RTNDA Edward R. Murrow Award for News Documentary. It also received the Eric Sevareid Award from the Northwest Broadcast News Association for a First Place Documentary. The Iowa Associated Press presented a First Place Award for Best Documentary as well.

John followed that extensive project with an in-depth look at health care. “Is Universal Health Care The Cure?” was shot on location in Canada and the United States. The 2005 documentary was revised and broadcast again in 2007 after segments continued to be a hotly-searched topic on http://www.wqad.com.

John spent several years on the beat in Galesburg, Illinois. In 2007, Galesburg Works presented him with an award for compassionate reporting.

Prior to his arrival at WQAD, John spent more than four years at KWQC-TV in Davenport as a reporter, weather anchor and co-host of “5 PM Live”.

John and his wife, Joyce, a seasoned broadcast and print journalist herself, live in Davenport. They enjoy their garden, travel and cheering on the Dodgers and Cardinals (not necessarily in that order).