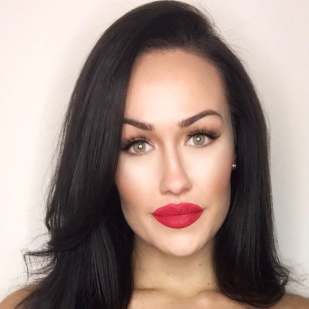 Jesyka Dereta joined the WQAD News 8 team in June of 2016. She is of proud Serbian descent and grew up in Salt Lake City, Utah.

Even though she’s a night owl, Jesyka’s alarm goes off at 2 a.m! You can catch her reports every weekday from 5-7 a.m. on Good Morning Quad Cities. She also fills in anchoring with Jonathan Ketz and Angie Sharp.

Before coming to WQAD, Jesyka spent 3 years in radio and TV as a producer and reporter in Salt Lake City, Utah. She held numerous positions at the ABC affiliate, KTVX and NBC affiliate, KSL.

Jesyka graduated from the University of Utah with a bachelors of science in broadcast journalism and mass communications. She is also a certified Pilates instructor.

When she’s not out reporting, you can find her working out, enjoying the outdoors, trying new food, volunteering, or spending the weekends in Chicago.

Jesyka has a soft spot for issues and stories that shed light on abused children, empowering women and young girls and animals. She has volunteered for the YWCA, Big Brothers Big Sisters, Amnesty International and Rape Recovery Centers.
​
If you see her around, make sure to say hello! You can also contact her through twitter and instagram @JesykaDereta or email Jesyka.Dereta@wqad.com